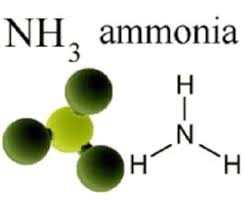 Ammonia (NH3) is one of the most commonly produced industrial chemicals in the United States. It is used in industry and commerce, and it also exists naturally in humans and in the environment. Ammonia is essential for many biological processes and serves as a precursor for amino acid and nucleotide synthesis. In the environment, ammonia is part of the nitrogen cycle and is produced in soil from bacterial processes. Ammonia is also produced naturally from decomposition of organic matter, including plants, animals, and animal wastes. 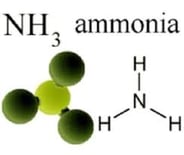 Some chemical/physical properties of ammonia are:

Ammonia is found in a wide variety of applications throughout the United States. Anhydrous ammonia tanks are a common sight in rural areas where there is room for them to stand.  (Anhydrous ammonia is “pure” ammonia, as opposed to ammonia dissolved in water, also known as “aqueous” ammonia.)

Concern about ammonia emissions in the air and water continues to grow, both officially and unofficially. As the U.S. Environmental Protection Agency (EPA) moves to further reduce ammonia concentrations in surface waters, common water treatment methods transform what had been a water pollution problem into an air pollution issue.

EPA regulations have focused on controlling PM2.5 because these particles are statistically associated with increased incidence of pulmonary disease and reduced lung function, cardiac arrest, and premature death. The deposition of these particles degrades sensitive terrestrial and aquatic ecosystems, and, due to their light scattering properties, can affect the climate.

The concern about the hazards of ammonia, including its effect on waterways and its tendency to contribute to fine particulate formation, has resulted in the need to examine available methods for the control of ammonia emissions. If you have any questions about ammonia emissions, please contact us.