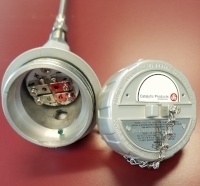 Keeping air pollution control equipment properly maintained is essential for meeting regulatory requirements and efficient operation. Here on the CPI blog, we regularly share tips on maintaining your systems, which requires replacing components on a yearly basis. Today we're taking a closer look at the importance of replacing thermocouples (T/C).

Please keep in mind that safety is a priority when performing any maintenance on any type of machinery. Operating and Maintenance (O&M) manuals contain a section on Cautions and Safety in which several levels of advisory statements are described. 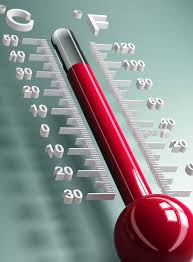 Remember the old-fashioned glass thermometers with mercury inside? I have memories of a broken thermometer and playing with the mercury on the bathroom sink. Thankfully, I survived my childhood (relatively) unscathed. A mercury thermometer would not work on extreme (high or low) temperature air steams. In extreme heat, the mercury would boil (turns from liquid to a gas at 674°F) and the glass might melt. On the opposite end, extreme cold the mercury forms a solid lump.

What is a Thermocouple?

It is a pair of metals joined together (or coupled) for measuring heat (Greek word, thermos).

Thomas Seebeck (1770-1831), was a physicist who found that if two ends of a metal were at different temperatures, an electric current would flow through it – this is called the Seebeck effect or thermoelectric effect. A thermocouple is an electronic temperature sensor which uses two different metals joined together in a protective outer sheath. An electric current then flows through the loop (which is effectively an electric circuit) and the size of that current is related to the difference in temperature between the two junctions. 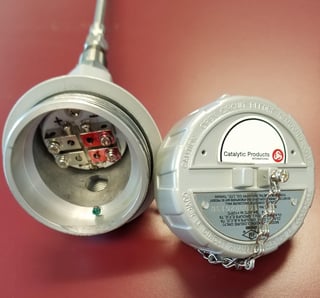 Place one of the metal ends into an environment that has a known temperature (such as a bath of ice) and the other into the object you want to know the temperature of and the mathematical relationship that links the two is called, calibration. Thermocouples are used in various applications. Household appliances such as dryers, ovens, and furnaces use thermocouples to cycle the appliance on or off at the required temperature setpoint. The same is true in air pollution control devices such as Catalytic Oxidizer (CatOx), Recuperative Thermal Oxidizers (TO), Regenerative Thermal Oxidizers (RTO).

Why should you have spare T/C’s?

A household oven runs up to 500° Fahrenheit while a RTO can run as high as 2,500° F. You may find a replacement thermocouple for your furnace at a local home improvement store; however, they do not carry the wide variety of T/C’s used in your industrial equipment. We recommend that you carry a sufficient quantity of T/C’s in your spare parts inventory.

While the thermocouple is important to read the temperature, the circuit is equally important. The connection of the wire at the thermocouple, the wire run to the device reading the T/C and the final termination of the wire to the device all have to be in working order and inspected. Over time, connection points can become corroded, become loose, or fail. These need to be checked regularly to ensure a small issue does not turn into a larger issue. The wire needs to be sure it is not run with high voltage wiring which could cause erroneous readings and or interference with the low voltage signal wire sitting next to it. Follow industry standards when wiring low voltage thermocouples.

If you are looking for further guidance on keeping your thermocouples running properly to ensure keeping your Catalytic Oxidizer (CatOx), Recuperative Thermal Oxidizers (TO), or Regenerative Thermal Oxidizers (RTO) up and running feel free to get in touch with CPI's service departmentand discuss your air pollution control device equipment in particular.