Here on the CPI blog, we regularly look at how environmental regulations affect your air pollution control systems. Today, we're taking a close look at methane, which is one of the greenhouse gases addressed in President Obama's Climate Action Plan.

The Climate Action Plan, announced in 2013, is broken down into three different sectors:

The goal of the Climate Action Plan is to follow through on the commitment made by President Obama that by the year 2020, the United States Government would reduce greenhouse gas emissions by 17% of those recorded in 2005. To accomplish this task, the Obama Administration has focused on the following 4 areas to cut carbon pollution in America:

In order to address these tasks, it's important to be able to understand the details behind the causes of these emissions and how they affect the planet's climate. Let's examine methane emissions, which accounted for nearly 10 percent of U.S. greenhouse gas emissions in 2015, starting start with some of the basics: 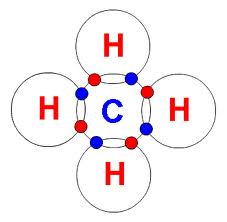 Methane is a tetrahedral molecule, which means that it has four C-H bonds, or a chemical formula of CH4. Methane is emitted from a range of natural and anthropogenic (related to human activity) sources as a result of the anaerobic decomposition of organic matter. Examples of natural methane emissions are oceans, termite activity, and wetlands.

Most natural sources of methane are highly variable; for example, emissions from most types of wetlands can vary significantly in a short period of time. Anthropogenic sources include, but are not limited to, agricultural livestock, rice cultivation, waste (garbage) decomposition, coal mining, natural gas distribution, and burning of biomass.

Methane is the primary component in natural gas, and it is the simplest hydrocarbon. In most cities in the United States, natural gas is piped directly into homes, businesses, and industrial facilities for cooking, heating, and other processes requiring natural gas burners.

Methane currently accounts for roughly 9% of domestic greenhouse gas emissions and has a global warming potential 20 times greater than carbon dioxide (CO2). The good news here is that since 1990, through reduction efforts, methane emissions in the United States have decreased by 8%.

Methane is lighter than air, so it “rises,” entering the troposphere (the lowest 15 km of the atmosphere). The largest method of removal of methane from the troposphere is through oxidization, and the predominate mechanism for this removal is oxidation by the hydroxyl (OH) radical.

The decomposition of methane with hydroxyl does not proceed directly to CO2. There are many possible reactions that produce many other species, including carbon monoxide, nitrogen dioxide, and hydroperoxide. These can be removed from the atmosphere through further, more complex reactions. This helps to explain how methane could have a global warming potential 20 times greater than CO2.

How Methane Fits Into the Climate Action Plan

The proposed plan will attempt to not only bring down the total amount of methane admissions, but it will also help grow the oil and natural gas industries. The plan includes expanding the New Source Performance Standards, which focuse on Volatile Organic Compounds (VOCs). By utilizing a collaborative approach, emissions can be reduced. For example, the EPA has worked with the Department of Agriculture to increase the adoption of methane digesters through loans, incentives, and other assistance.

Once implemented, the Performance Standards will include a reduction of methane admissions by forcing companies to manage all types of emissions and detect and repair leaks at the transfer and storage segments of their processes. The emission guidelines for the oil and gas industry have also been modified and improved. To help address the amount of methane and VOC emissions, Catalytic Products International has created processes to that eliminate the these compounds, specifically through thermal oxidation.

Recognizing what methane is, what the Climate Action Plan entails, and what CPI can do for your company will help both your company and the environment simultaneously. If you have any questions about how we can help you make sure you are meeting the standards for greenhouse gas emissions, please contact us.